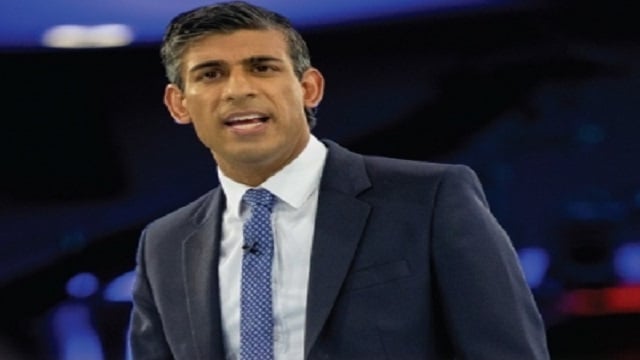 London: UK Prime Minister Rishi Sunak said that the so-called “golden era” of relations with China is over as “we need to evolve our approach” towards Beijing.

He made the remarks while addressing Lord Mayor’s Banquet in London on Monday.

In his address, which was his first foreign policy speech, Sunak said: “Let’s be clear, the so-called ‘golden era’ is over along with the naive idea that trade would automatically lead to social and political reform. But nor should we rely on simplistic Cold War rhetoric.

“We recognise China poses a systemic challenge to our values and interests, a challenge that grows more acute as it moves towards even greater authoritarianism.”

Referring to the ongoing rare and widespread protests across China against the country’s ‘zero-Covid policy’, the Prime Minister said that “instead of listening to their people’s protests, the Chinese government has chosen to crack down further, including by assaulting a BBC journalist”.

“The media, and our parliamentarians, must be able to highlight these issues without sanction, including calling out abuses in Xinjiang, and the curtailment of freedom in Hong Kong.”

He added that the UK would work with allies including the US, Canada, Australia, and Japan to “manage this sharpening competition, including with diplomacy and engagement”.

“It means standing up to our competitors, not with grand rhetoric but with robust pragmatism,” he added.

Regarding the UK’s ties in the Indo-Pacific, Sunak said that “we’re joining the Trans-Pacific trade deal, the CPTPP… ddelivering a new FTA with India and pursuing one with Indonesia”.

Also in his address, the Prime Minister promised to continue support for Ukraine, adding: “We will stand with Ukraine for as long as it takes. Next year we will maintain or even increase our military aid.

“We will provide new support for air defence, to protect the Ukrainian people and the critical infrastructure they rely on… By protecting Ukraine, we protect ourselves.”